On Thursday 25th April, The Wellington Academy were proud to have David Dein MBE in to give a talk to their Year 10 students.

David joined the Arsenal Board in 1983 and was made Vice-Chairman in the same year. He also rose to Vice-Chairman of the Football Association and has served on numerous UEFA and FIFA Committees. Last year the Daily Mail published a list of the 50 most influential people in the history of the Premier League and David was in the top ten with people like Sir Alex Ferguson. These days David spends much of his time speaking in businesses schools & prisons including students of the world renowned Harvard Business School in Boston and today, The Wellington Academy.

Although David’s talk was about football and his career, the inspirational messages and tips that he gave to the students could be applied to all aspects of life and help to build a successful career. The main points that the students took home with them was the importance of mental and physical health and how the two balance each other, how poor behavior and attitude can be the downfall of even the most talented people and his life motto, the motto of the turtle – you have got to stick your neck out.

David kept the students engaged throughout by inviting them to answer questions which they received souvenir DVD’s for correctly answering, video clips were played giving the students the opportunity to be a referee and see how technology has helped the football industry to grow and an important message was when he asked Nick G to snap 1 pencil in half – easy, try snap 11 – not so easy. ‘You either win as a team or loose as team’.

Even the non football fans enjoyed David’s talk and all the students got involved in some way, overall a very successful visit to add to the list of careers talks and events held at The Wellington Acadeny. 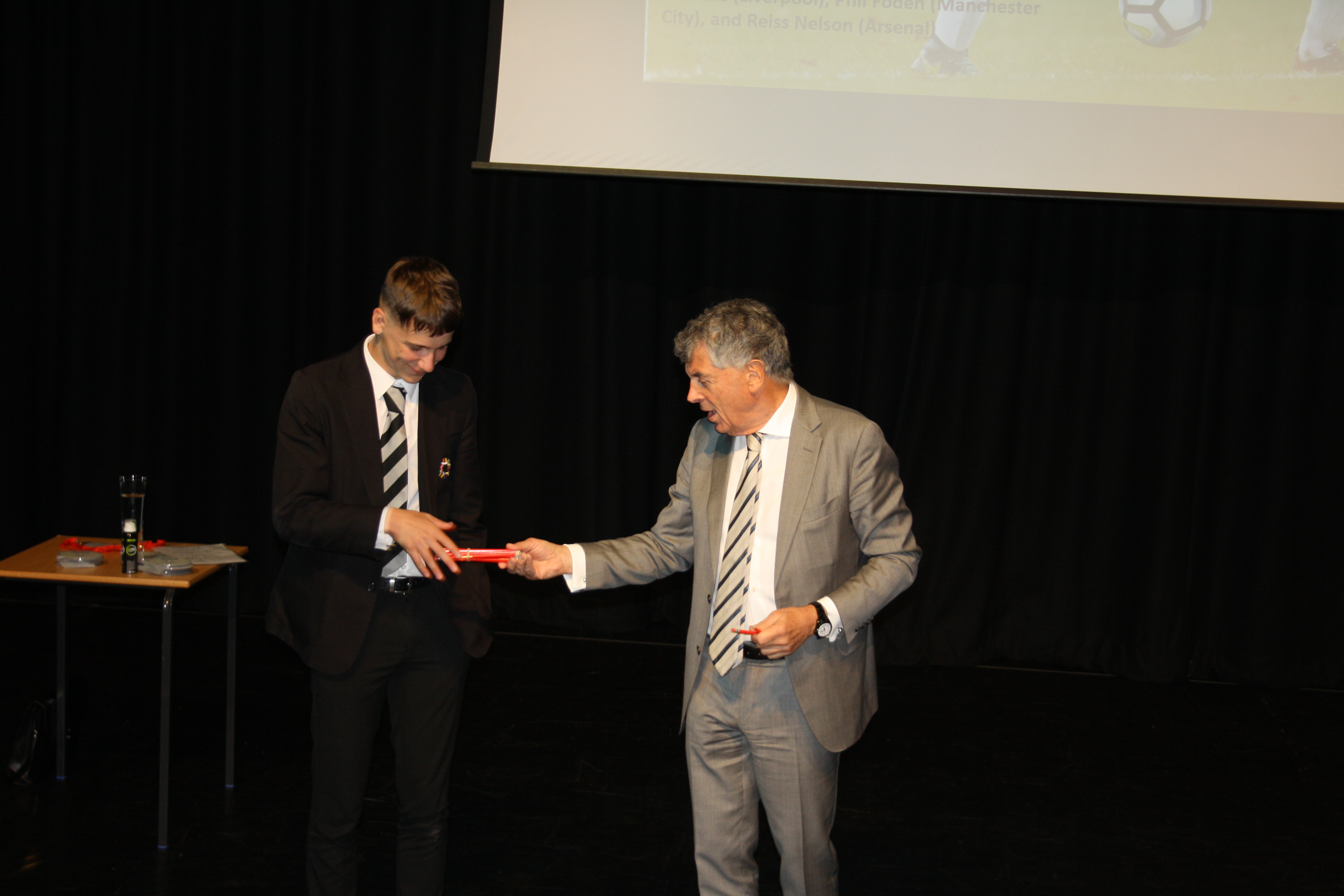