The examination board for A-Level Government and Politics is AQA. Further details about the course can be found here https://www.aqa.org.uk/subjects/government-and-politics/as-and-a-level/politics-7152

There are 3 units in total, these are all exam-based. All assessments are completed at the end of Year 13.

Year 12 focuses on Unit 1: Government and Politics of the UK

This unit introduces the basic aspects of how politics works within the UK, including:

There a two smaller exam units studied in Year 13:

You will be expected to study three main core ideologies:

You will also be expected to study an optional ideology. The choices are: 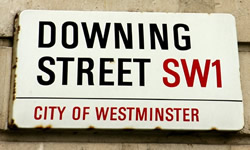